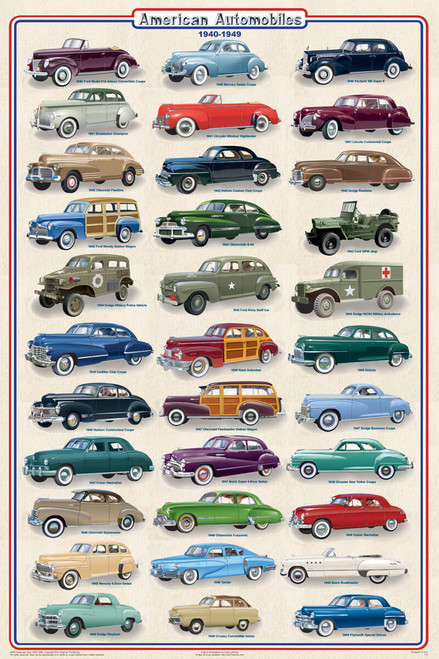 This poster is 24" x 36" and makes the perfect addition to a classroom, study, or children's bedroom.

World War II had a drastic impact on the American automobile industry during this decade as between 1942 and 1945 automobile factories were manufacturing military vehicles, tanks, airplanes, boats, and even ships. This poster shows four of the military vehicles. The enormous economic boom that followed the war and the pent-up demand for cars led to an explosion of new models. All of the most popular ones are shown. Of course, the revolutionary but short-lived Tucker had to be included.