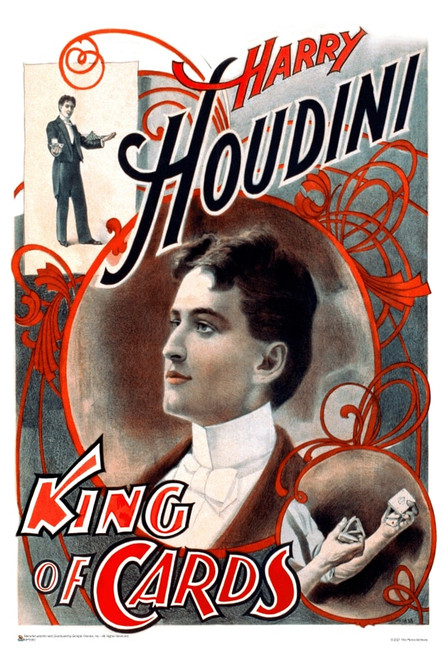 Before he became the celebrated King of Handcuffs and Master Prison Breaker, Harry Houdini was King of Cards. Ehrich Weiss, aka, Harry Houdini (1874 - 1926) was a Jewish Hungarian-American magician. His is regarded as the greatest escape artist in history. During his career he as was also a stunt performer, actor and film producer.