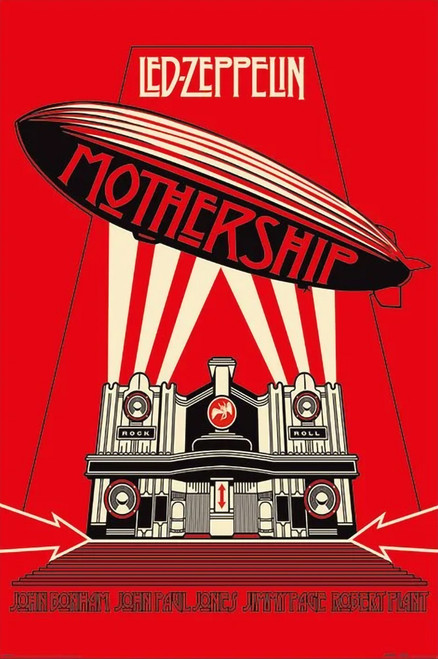 This poster is 24" x 36" and makes the perfect addition to an entertainment or movie room as well as teen bedroom or college student's dorm room.

This poster features a rework of the cover art of the 2007 compilation album from Led Zeppelin.

Led Zeppelin were an English rock band formed in London in 1968. They achieved significant commercial success with eight studio albums released over ten years from 1969 to 1979. Many critics consider Led Zeppelin to be one of the most successful, innovative, and influential rock groups in history. They are one of the best-selling music artists in the history of audio recording.