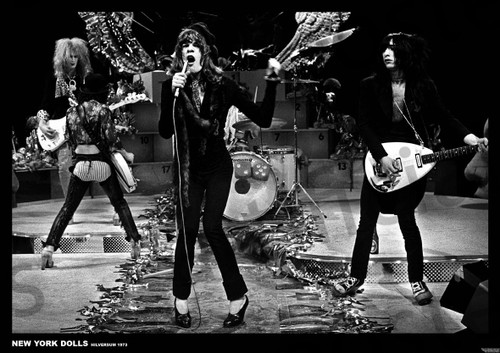 This poster is 33.5" x 23" and makes the perfect addition to an entertainment or movie room as well as teen bedroom or college student's dorm room.

The New York Dolls were an American hard rock band formed in New York City in 1971. They were one of the first bands of the early punk rock scenes. The band's first two albums—New York Dolls (1973) and Too Much Too Soon (1974)—became among the most popular cult records in rock.