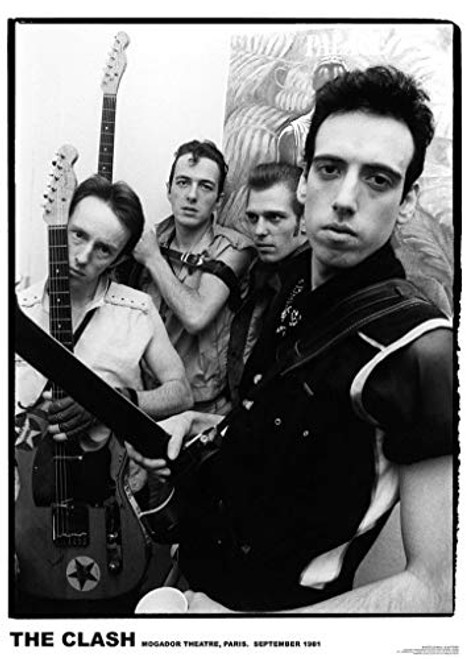 This poster features a black & white image of the Clash from September 1981 at the Mogador Theatre in Paris, France.

The Clash were an English rock band formed in London in 1976 as a key player in the original wave of British punk rock. They have also contributed to the post-punk and new wave movements that emerged in the wake of punk and employed elements of a variety of genres including reggae, dub, funk, ska, and rockabilly.