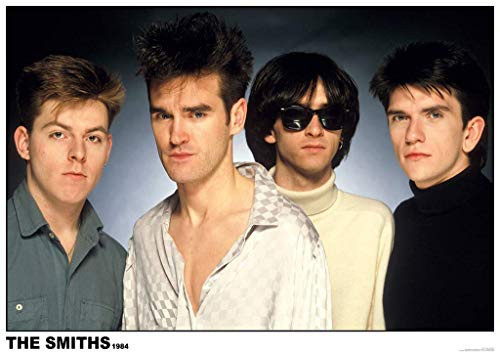 This poster is 33-1/8" x 23-3/8" and makes the perfect addition to an entertainment or movie room as well as teen bedroom or college student's dorm room.

This poster image features The Smiths in a group photo which includes Morrissey, Johnny Marr and other band mates.

The Smiths were an English rock band formed in Manchester in 1982. Critics have called them one of the most important bands to emerge from the British independent music scene of the 1980s. The band's focus on a guitar, bass, and drum sound and their fusion of 1960s rock and post-punk, were a rejection of the then-popular, synthesizer-based dance-pop.