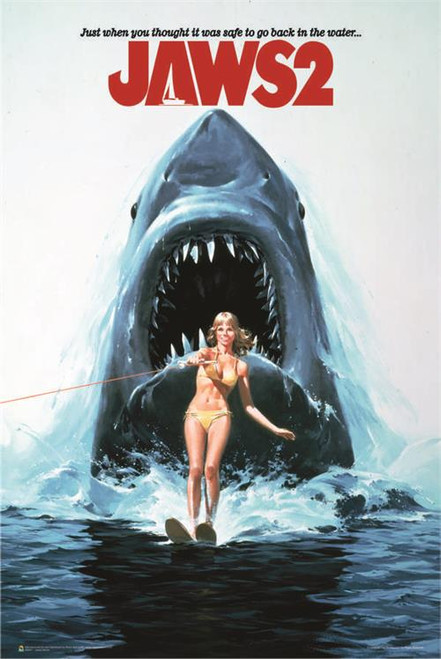 Jaws 2 Movie Poster - 24" X 36" The poster image features Jaws coming up out of the water, mouth wide ope, behind a female water skier. This poster is an Officially Licensed Classic Movie Poster of 'Jaws 2', which is a 1978 American thriller film directed by Jeannot Szwarc and co-written by Carl Gottlieb. It is the sequel to Steven Spielberg's Jaws, and the second installment in the Jaws franchise.

Back to The Future Official Movie Poster 24-by-36 Inches